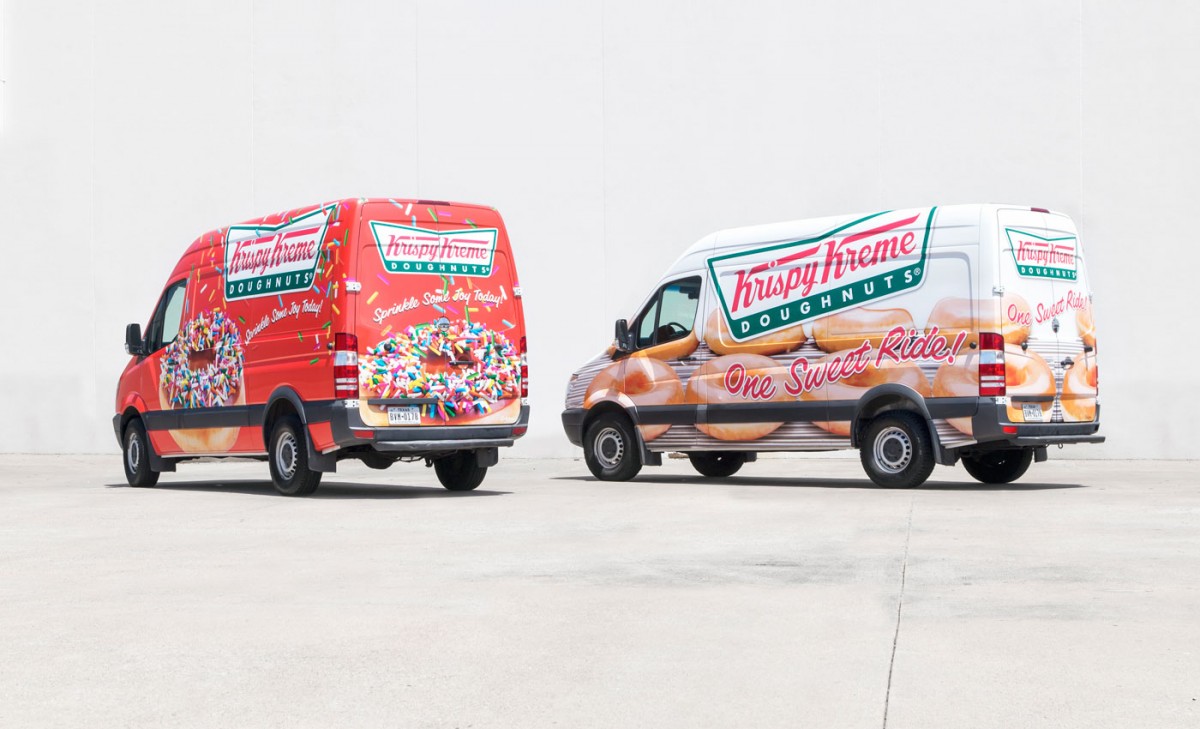 Doughnuts are one of those necessary evils of life…

They aren't exactly something you want to consume in mass quantities... that said, they ARE a sweet treat when you’re jonesin’ for a little bit of sugar! One of the most well-known doughnut brands is none other than….Krispy Kreme!

Since 1937 Krispy Kreme has been enhancing lives and helping to create delicious memories. How do they do this? By serving doughnuts and coffee! Long ago, Vernon Rudolph bought a super-secret recipe from a New Orleans French chef. He then rented a building and set to work crafting his masterpieces to sell to local grocery stores. It didn’t take long for passers-by to catch a whiff of the delicious doughnuts. Soon they began asking if they could also buy the hot, fresh doughnuts! So what did Vernon do? He cut a hole in an outside wall and started selling hot Original Glazed doughnuts to his customers on the sidewalks.

From there the business expanded. They trademarked their infamous “bowtie” logo, added several new flavors and introduced their first display case. It wasn’t until 1989 that the first retail-only store opened in Greensboro, NC. As of February 24, 2015 Krispy Kreme has 1000 stores! They've opened retail stores across the country as well as international ones. With so many locations there’s no excuse to not give their goodies a try…trust us, you won’t regret it!

Loving the photography? These photos were taken by the one and only Jordan Cole of Jordan Cole Photography! Be sure to check out his other work and contact him for all your automotive photography needs!